As expected, 2020 has been a completely atypical year in terms of business mergers and acquisitions. Scarred by the impact that the SARS-CoV-2 crisis has had on the global economy, corporate operations in Spain have not been immune to this reality, as seen in the effect that it has had on the number of operations (however, not on the volume, which increased compared to 2019 as a consequence of the larger size of transactions in 2020).

Thus, following the end of 2019, marked by a dynamic performance of the number of operations, 2020 began with a decreasing tendency. This trend is emphasized mid-March coinciding with the beginning of the confinement and comes to a complete halt the following months throughout which the economic and social activity in the country remained "restricted". Naturally, from March to May, companies focused on defining and executing the emergency measures they needed in order to face the situation in the best possible way. Likewise, the investment funds postponed their investment plans to focus on ensuring the viability of their investees, all this with a debt market practically focused on the processing of loans to provide companies with liquidity, at the expense of halted M&A operations. As a result of the above, two effects occur: (i) a slowdown of the operations that were underway and (ii) a halt in launching new operations due to prevailing uncertainty.

As shown in our M&A news, the number of M&A transactions decreased by 15% in 2020 as a whole (1,676 transactions compared to 1,979 the previous year). In turn, the total volume managed in closed operations exceeded 76,000 million euros by November 2020 (with an aggregate volume from 598 operations a published transaction value), with 65% having been sealed between the months of June and November 2020.

Throughout the year, the state investor clearly continues to dominate operations in Spain (68% of operations have an investor of national origin), with venture capital taking part in 10% of closed operations, a percentage similar to that observed the previous year.

Regarding the price, business appraisals and sales prices are, for the time being, holding up very well. In light of the analyzed operations, generally, the current multiples are similar to those achieved before the Covid-19 crisis, especially for companies that have been minimally affected by the virus (which make up the bulk of the operations conducted this year). Particularly, compared to the average price a year ago, even the average sales price of companies involved in sectors deemed to be "resilient" has increased by around 20% in the third quarter.

Following the break experienced during the months of confinement, from May onwards the M&A activity is resumed. While it is true that many of the transactions that were closed in June and July were the result of processes that had been on standby during the preceding months (therefore the peak of transactions concluding in June and July), the pace observed in the last quarter of the year gives hints of a sort of V-shaped recovery in the M&A market, a trend that is expected to continue in 2021 (with hope that by 2022 the M&A market will be at pre-pandemic levels). Some of the reasons for this are as follows:

On the one hand, the high liquidity of investment funds must be considered. According to the figures provided by the sector's general association, ASCRI, it is estimated that the funds managed from Spain have close to 4,000 million euros available for investment in our country.

On the other hand, the role that industrial stakeholders will play, once their balance sheets are structured, to resume their development plans to continue growing and strengthen their competitiveness, investing in strategic assets either with their own resources or accompanied by financial support (venture capital, bank financing...).

Thirdly, the group of companies whose business models have been affected during this 2020 business year and which will be forced to adapt their structure and business strategies to the market demand in order to continue being viable, favoring the disinvestment of non-core assets.

Finally, from a sectorial standpoint, it is foreseeable that operations will be concentrated around sectors that have been less affected by the crisis (services, concessions, energy, infrastructure…) or have even benefited from it, as is the case of health, biotechnology and agri-food sectors. Not to mention the ones linked to digital and technological transformation, sectors that were already subject to operations in the past and have been strengthened by the current situation.

This being the case, and trusting that the arrival of vaccines will give the world economy some much-needed relief, we look toward 2021 with a sense of optimism in the transactional market for mergers and acquisitions.

If you want us to send you the M&A news where we offer details of the corporate operations of companies, including information related to valuation multiples handled in the main sectors of activity, please notify us through the following form (link to subscription). 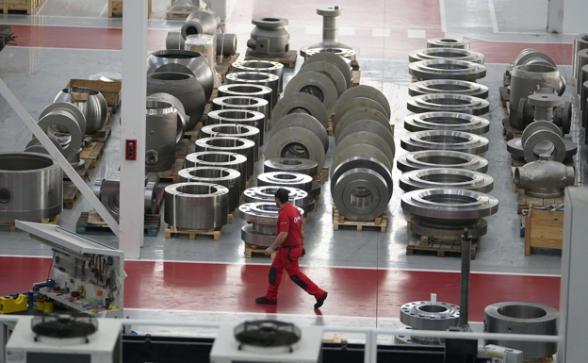 OTHER SERVICES THAT WE OFFER

We help our clients to implement their corporate strategies, getting directly involved in the management of corporate operations, covering each of the phases of which they are comprised…

We perform our consultancy work by providing advice in legal and tax services, planning corporate strategies and operations to ensure the organizations development under an effective legal structure, responsible management and regulatory compliance…

We bring our experience and expertise in public management and private sector development to international institutions and organisations.