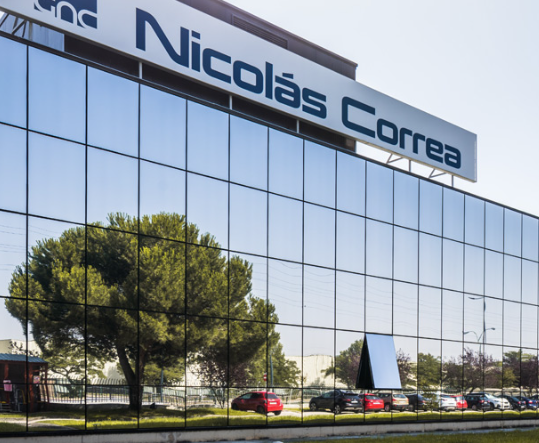 IKEI has assisted Nicolás Correa in the acquisition of a majority stake of N.C. Service Milling Machines, acting as financial advisor to the transaction.

Nicolás Correa has defined this operation within the Correa Group's policy of diversification, reinforcing the repair, maintenance and after-sales service line and expanding its offer through a new business line of rebuilding second-hand milling machines.

With this acquisition, Nicolás Correa S.A. reinforces its policy of placing the customer at the center and is betting to incorporate a new subsidiary to the Group, focused on service, in order to develop new strategic lines of global customer service.

With the purchase of this company, the intention to continue developing the Group with related diversification initiatives that will allow it to grow both in volume and profitability is also intensified.

NC Service Milling Machines S.A., is a business company that since its beginnings has been specialized in the installation, after-sales service and maintenance of machine tools, with a high degree of specialization in the CORREA brand, being a reference partner for the Correa Group in these fields. In addition, it also has another line of business, which is the rebuilding of second-hand milling machines, with which it has consolidated its position as a benchmark in the second-hand machine sales market.

Nicolás Correa is a leading Company in the design and manufacture of large industrial milling machines. With more than 5.500 machines installed around the world, is one of the European leaders in milling solutions, perfectly adapted to the most demanding production environments, such as energy, automotive, aerospace and railway. Nicolás Correa at present exports around 90% of its production to more than 20 countries. The Correa Group is formed by the parent company Nicolás Correa, founded in 1947, and three industrial subsidiaries also located in Burgos: Hypatia, Calderería and Electrónica, to which the present acquisition is added. It also has commercial subsidiaries in India, China, the United States and Germany.