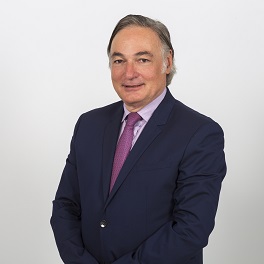 Eduardo Cepeda has a degree in Economics and Business Administration from the University of Deusto. After getting a Fullbright scholarship, he did an M.B.A specializing in international finance at the University of Southern California in Los Angeles (U.S.A.), where he graduated in 1982.

He has centered his professional career around banking. From 1993 to 2019 he was President and CEO of J.P. Morgan in Mexico, where he has led many of the most important investment banking transactions (capital markets financing, advice on mergers and acquisitions...), both for the public and private sectors.

Eduardo has been vice president of the Association of Banks of Mexico (ABM) twice, during 1997-1999 and 2009-2011. He was a member of the board of directors of the Mexican Stock Exchange. He was part of the board of the Woodrow Wilson International Center for Scholars, and also treasurer of the board of trustees of the National Museum of Art. Likewise, he has participated as a counselor in various groups related to culture, education and health.

Currently, he is an Associate at IKEI.