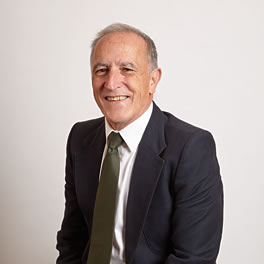 Félix Gorospe has a degree in Economics and Business Studies, from the Autonomous University of Madrid.

He started his career as the Head of Research in the Spanish Association of Machine Tool Manufacturers; he subsequently joined NORGESTION S.A. as a management consultant.

He joined IKEI in 1986. He was subsequently the Trade Delegate and General Director of Domestic Trade for the Basque Government and a member of various bodies and public institutions. He re-joined IKEI in 1998.

Before holding public office positions, he made regular contributions in the media and daily and economic press, analysing economic issues and, later, as an author of various articles on the commercial distribution sector. He is the author of the book entitled Economía Guipuzcoana y Vasca, published in 1989 by the Chamber of Commerce, Industry and Shipping of Gipuzkoa (1994).

He has extensive experience in implementing projects in the tertiary sector, both in the public (government, provincial councils, city councils) and private (commerce and tourism) sectors. In the commercial distribution sector (retail and wholesale), he has been in charge of numerous projects with different types of clients (big and small, private and public) located in the urban fabric and the suburbs, for the purpose of regeneration, expansion and economic and commercial feasibility. When implementing these, he employs various innovative methodologies in which he has expertise, geared towards resolving problems and meeting needs.

He is currently an IKEI Associate.